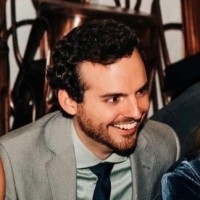 Director of Communications at Ava Labs

Patrick is Director of Communications at Ava Labs. Prior to Ava Labs, he was Communications Lead at Blockchain.com and Executive Vice President of Media Relations at Paragon, where he launched one of the first blockchain practices at any PR agency. He ran his first PR campaign involving Bitcoin in February 2014 and has since led communications for milestones in digital assets, including the Delaware Blockchain Initiative, first bitcoin derivatives contract, and the Smart Contracts Alliance. Outside of Ava Labs, Patrick’s often found debating Philadelphia sports, cooking, or taking in nature.